The craft brewing craze is alive and growing, and we’re happy to be a part of it. Though we love it when you hang out at our Brew Pub, we also like to support our fellow brewers. The River Rat Brew Trail (RRBT) does just that, and offers our guests a fun way to check out “what’s brewing” in the central Pennsylvania area. 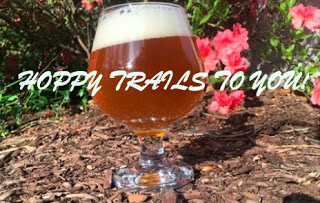 The trail’s breweries are all located along the Susquehanna River, so not only can you enjoy good beer but great views along the way too. Stop by our front desk and they’ll supply you with a RRBT brochure. Then you’re off and tasting! Here’s a quick review of the breweries you’ll find along the trail.

Berwick Brewing. Their beer is all crafted on-site in the German tradition. The oldest operating brew pub in Columbia County, it boasts the largest selection of draft beer with 25 pours on tap.

Marley’s Brewery & Grille. Marley’s hand-crafted brews, all made on-site, include the popular Pack Dog Peanut Better Ale. It’s a family friendly place and has a nice patio where pups are welcome too.
298 Mill Street, Danville

Old Forge Brewing Company. Endless Sun Ale is just one of its tasty seasonal pours, joining standbys such as T-Rail Pale Ale at a brewery that honors craftsmanship even in its décor.

Three Beards Brewing Company. This is the new kid of the keg, opening this summer on the grounds of Spyglass Winery in Sunbury, PA. In addition to some tasty new brews, Three Beards promised local tunes and innovative brick-oven pub food.

Covered Bridge Brewhaus. What started as a home-brewing hobby soon morphed in to this Shamokin tap room. A creamy, dark Sunset Coconut Porter is its top seller.

And of course, Turkey Hill Brewing Company! Come for a stay at the Inn and enjoy a little hoppiness.