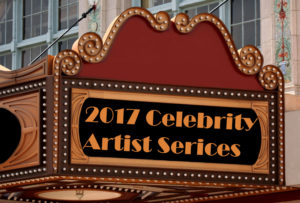 Bloomsburg University’s Celebrity Artist Series continues its tradition of bringing outstanding musical and dance performances to Bloomsburg with its Spring, 2017, productions. Here are some highlights:

The Suffers
In 2015, Buzzfeed named this 10-piece American neo-soul ensemble “one of the 25 new artists you need in your life”. Their unique style blends soul, blues, Caribbean, Cajun and hip hop with singer Kam Franklin’s outstanding voice. The Suffers appear with support from the Jazz Touring Network.
Feb 26, 2017   7:30 pm  Mitrani Hall, Haas Center for the Arts
Adults $24  Children & BU students  $12

Whether a university visit or vacation brings you to Bloomsburg, there’s great musical entertainment in store this spring.  Check out the Celebrity Artists Series, then give us a call to reserve your stay at the Inn, Farmhouse, and Brewing Co. at Turkey Hill. Plan to enjoy dinner at our Brew Pub before the show, or stop by for a nightcap afterwards, knowing your room awaits you.